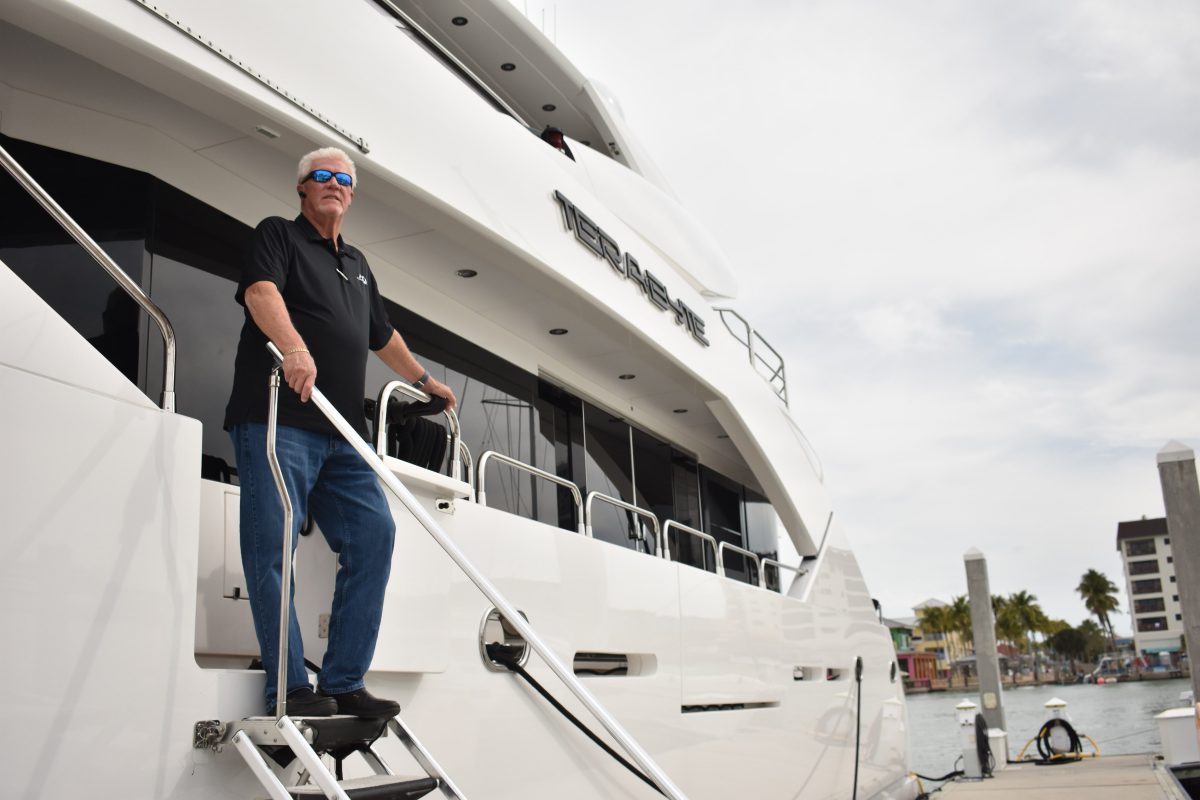 Bill started with AXI International’s predecessor Algae-X nearly 20 years ago when the company focused on providing fuel solutions for the marine industry.

At that time, Algae-X’s flagship product was the in-line magnetic fuel conditioner, better known as the LG-X.

LG-X took off as a phenomenon in the marine industry where it was quickly utilized in both recreational and commercial applications.

A few years prior to the 2008 recession, Algae-X had begun to diversify its brand presence by expanding into the industrial market.

In 2008, the marine market was hit especially hard by the economic recession and Algae-X had to shift focus to other fuel system solutions in markets less impacted.

However, in recent years the marine industry has seen a steady comeback, with marine manufacturer and consumer confidence reflecting consistent growth.

Algae-X aims to offer proven fuel solutions for marine vessels of all applications through integration of new technologies developed by AXI International.

“Fuel is as worse as it’s ever been, and the tolerances on these engines are tighter than they’ve ever been. The two don’t play well together. Everything we do to enhance the optimal quality of the fuel being provided to the engines on-board is important. Boats find out they have a problem quicker than anybody. The boat can’t move without stirring up the ‘soup’ in the tank. As soon as that happens, it goes right to the filters.”

These solutions are inherently proactive by preventing the problem where it originates (in the tank).

With these offerings, those who would otherwise be affected with the pains of fuel degradation can gain confidence in the overall performance & reliability of their vessels.

Outside of AXI International, Bill Miller is a devoted husband of 30 years to his wife, and a caring father.

Bill is also an avid outdoorsman and golfer, and when it comes to being indoors, Bill expresses “I’m still a kid– I hate being inside.”

AXI International looks forward to working with Bill Miller to grow our international presence within the marine market.

We are excited for AXI International to resurrect the Algae-X name and venture back strongly into the marine industry.

AXI International Named to Inc. 5000 for Third Consecutive Year
Clogged Fuel Filters: Stop Treating the Symptom and Treat the Cause
Why Diesel Fuel Gels and How To Prevent It From Happening
How Big Tech's Prioritization of Fuel Quality is Changing the Marine Industry
Selecting the Right Filtration Solution for Your Fuel Tank
Algae-X Reseller's Guide: Providing Fuel Solutions to Marina Customers