Carbon Deposits: What is Carbon Buildup and How To Prevent It 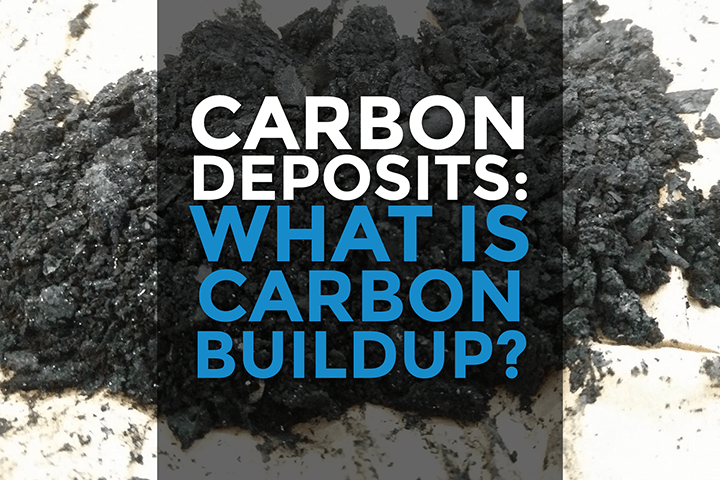 How Does Carbon Buildup Form

Carbon deposits and buildup are a by-product of combustion in an engine that comes from incomplete fuel combustion.

This black soot, similar to that which collects in a chimney, will harden on internal engine components such as injector nozzles, cylinder walls, intake valves, and more.

Older engines rely on fuel to be sprayed into the intake manifold by the fuel injectors to mix with the air. This air-fuel mixture then moves at timed intervals through the engine cylinders to their spark plugs where it is ignited and combusts.

Some modern engines, such as direct injection engines, are more likely to experience carbon buildup. GDi (Gasoline Direct-injection) engines use high-pressure systems which inject the fuel directly into the combustion chamber of the engine. This results in a more efficient and complete burn intended to lower emissions and improve power.

An abundance of carbon deposits can lead to engine performance inefficiencies, which can damage the engine and cause critical component failure.

Carbon buildup generally occurs as a result of the incomplete combustion of a fuel, and as this carbon buildup develops, corrosion and wear severity within the engine grows.

Carbon deposits can disrupt airflow, causing the engine to operate outside of OEM spec. This results in operational turbulence that makes the air-fuel ratio inconsistent.

This inconsistency causes the engine to experience rich and lean mixtures, which have an adverse effect on the long-term reliability of the engine and cause hotspots within the combustion chamber of the engine.

Hotspots dramatically affect engine efficiencies. Areas, where carbon buildup has localized, will likely experience overheating, due to carbon’s nature of “holding” heat. This can lead to engine knock and a drastic reduction in engine efficiency.

A mass of carbon buildup present on the intake valve to the left, on the right is an intake valve after carbon cleaning. - https://www.knowyourparts.com/technical-resources/engine/how-to-prevent-engine-deposits/

Carbon build-up can be accelerated in a number of ways. Using low-quality fuel contributes to the development of these harmful carbon deposits.

Low-grade fuel is often saturated with contaminants that may result in not only critical engine component failure but also contribute to combustion inefficiencies over time.

When it comes to the mechanical operation of the engine, air to fuel ratio inconsistencies also plays a key part in the development of carbon buildup.

Driving habits are a key contributor to carbon buildup. In populated areas, heavy traffic can contribute to carbon buildup in a vehicle’s engine from not being able to drive efficiently in stop-and-go traffic.

On the other hand, frequent heavy-footed driving may also lead to accelerated carbon buildup. 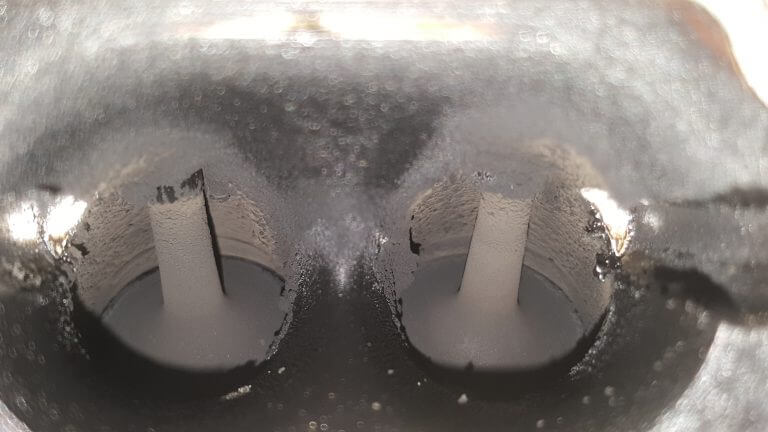 Intake valves in a direct-injection engine before undergoing a carbon cleaning of the intake valves. - https://audiclubna.org/north-atlantic/tech-article-carbon-build-up-removal/

Unfortunately, the effects from the gradual development of carbon deposits may not be experienced by the engine operator right away. Typically, carbon buildup first presents itself in subtle ways, until it reaches a point where critical engine functions become jeopardized.
Symptoms of Carbon Buildup in an Engine Include:

How to Prevent Carbon Buildup

Preventative maintenance is the single best way to prevent excess carbon buildup from developing in your engine.
Supplying quality fuel to your engine is very important in allowing your engine to operate within engineered tolerances. 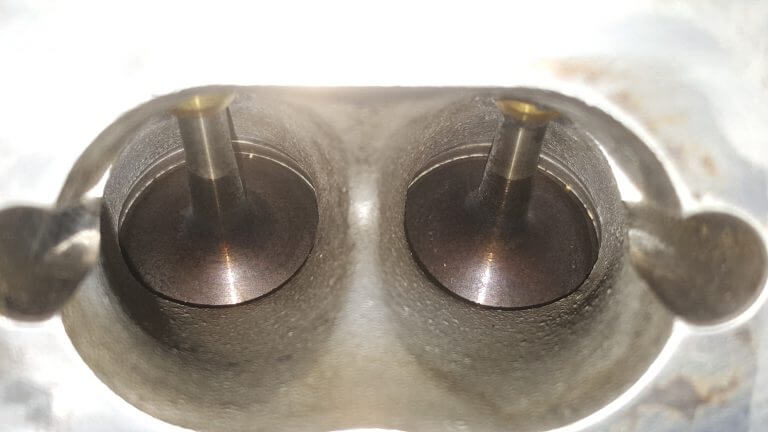 With the concerning regularity of contamination across the global fuel supply chain, preventative measures should be made to ensure that quality fuel is being run through the engine.

It is equally important to properly maintain the engine, such as with performing regular oil changes with manufacturer recommended oil. Depending on the application, solutions may range from dosing fuel with additives to using dedicated fuel maintenance systems on bulk fuel tanks.

Fuel additives, such as AFC, are great for improving combustion and improving efficiency, which results in reduced engine deposits in most engine designs.

For existing carbon buildup, there are a number of solutions that may work in removing this undesirable soot. While the engine is running at the correct operating temperature, Increasing the engine RPMs helps the motor to burn-off carbon buildup within.

The use of specialized fuel additives and fuel treatments will also aid the engine in removing these deposits. In direct-injection engines, where carbon buildup can be extreme, periodic intake valve cleanings are included as a recommended engine maintenance item.

Chemical cleanings may also be performed on the intake system to flush out carbon deposits.
In severe cases of carbon buildup, the cylinder head will be removed to perform a valve job, where the carbon buildup is cleaned out by hand.

And in extreme cases, the engine must be broken down and rebuilt to replace critical components that have been damaged beyond repair by carbon buildup.