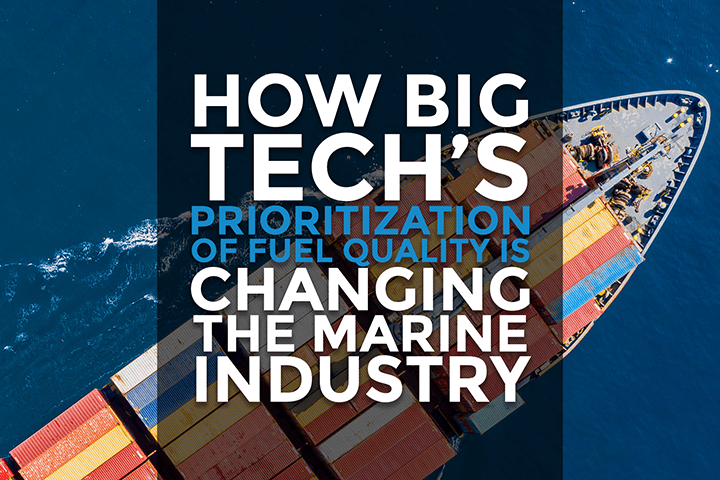 For as long as fuel has been supplying engines, there have been issues with fuel contamination and degradation that can severely impact the owners & operators of various marine vessels.

Marine filtration systems provide captains, boaters, and marine mechanics with confidence in the reliability of the engine equipment that power their time on the water.

Removing fuel contamination and only running fuel that has been filtered brings peace-of-mind that potential engine failures caused by bad fuel quality are mitigated.

From pleasure yachts to cargo ships, the risk of running into fuel issues is something that can lead to emergency mechanical maintenance needs of the systems propelling these crafts.

These events can simply ruin a weekend on the water or even severely impact users of the international marine shipping industry.

A single ship can consume 63,000 gallons of fuel per day, and when considering there are around 11,500 cargo ships around the world, estimations would lead to a fuel consumption of 724,500,000 gallons every day. 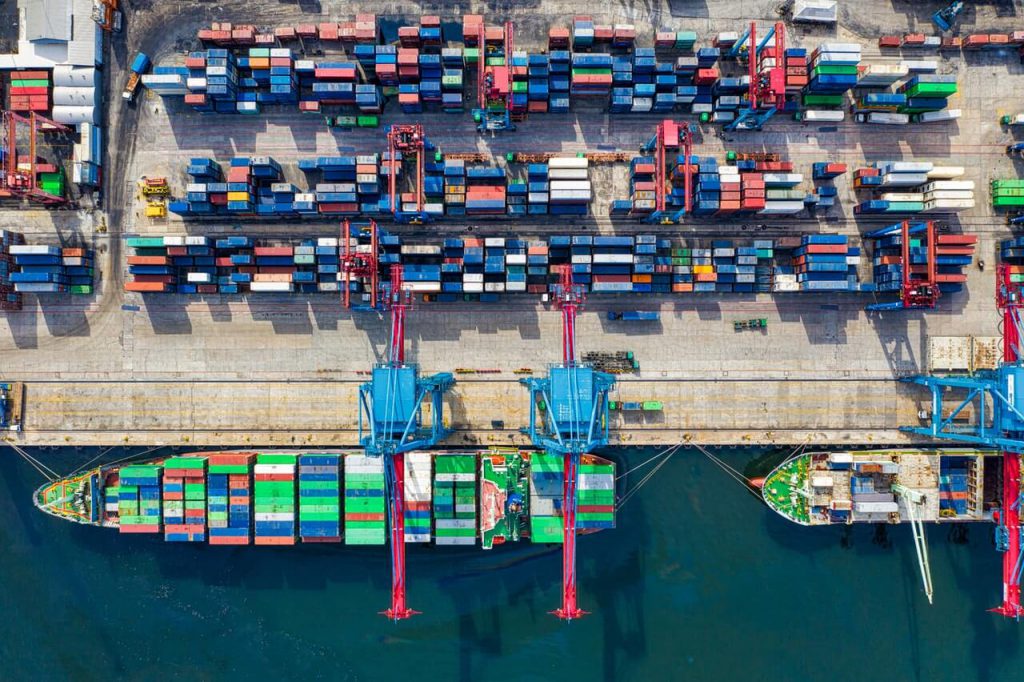 Because of the industries relying on the logistics maritime shipping provides, it is evident that the impact of engine failure in the marine industry can be costly. Not only that, but the risks contaminated fuel bring to boaters among the general population could lead to loss of power, leaving some stranded on the water with unpredictable weather.

The looming dangers that only present themselves with enjoying time on the water can be a turn for the worse for everyone involved.

In the mid-90’s, Algae-X was founded on the idea that recreational and consumer voters are being adversely affected by the problems that come from the inconsistencies in the quality of the local fuel supply. 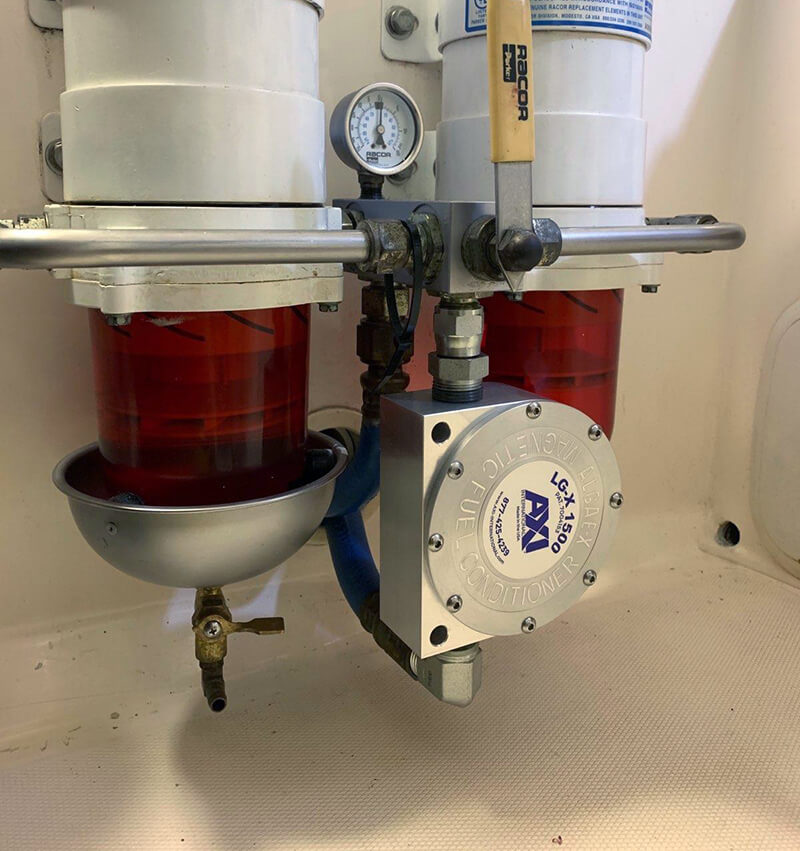 With the original LG-X magnet, Algae-X became a force in the marine boating space. With the use of Algae-X in-line fuel conditioning magnets, impacts were seen among the marine community around the world.

At the time, the science in how they worked to improve the fuel was a point of major dispute. Some individuals claimed the magnet worked in a way that sterilized the “algae” within the fuel as it passed through the magnet, preventing it from “reproducing” in the tank.

Other claims were that the magnets were simply “snake oil” and didn’t really do anything at all to combat the algae in the fuel tank.

But consensus was this- they did however make a positive impact on the lifetime of engine filters. When these LG-X units were combined with Algae-X’s fuel polishing systems and proprietary fuel additive, results were even clearer in how these systems did manage to increase engine fuel filter life and improve engine efficiencies.

For boaters, this decreased engine filter change frequency lead to some significant cost savings, reducing the frequency of having to maintain/replace the consumables that the engine required to operate.

The Impact of the Recession on the Marine Industry

After developing a dedicated following and presence in the marine industry, which in-part was driven by international growth that was reaching new users across the globe, the 2008 recession hit.

With becoming a strong product among recreational marine users, this meant that Algae-X was positioned in a market that was severely impacted by the economic impact that the 2008 recession brought.

The trends in boat sales in the early years of the recession meant that boaters were not taking to the water like before and were cutting down on perceived luxuries while the economy was attempting to recover.

This put Algae-X in a unique place, and market repositioning was necessary to not only diversify, but to survive.

By taking the same technologies that were gaining ground in the marine market, and innovating them for new market opportunities, Algae-X found increased stake in the industrial market on-land.

Just as in the marine market, Algae-X’s fuel filtration systems were being used to mitigate the risks that often come with bulk fuel storage.

For industries that rely so heavily on the systems within these facilities to be functioning, it quickly became clear that the risks of unexpected downtime must be mitigated as best as possible.

In a 2016 study by the Ponemon Institute, it was found that the average cost of an outage, for facilities like data centers, was a staggering $740,357.

These losses can be incurred within just a span of a few minutes where critical systems are inoperable. 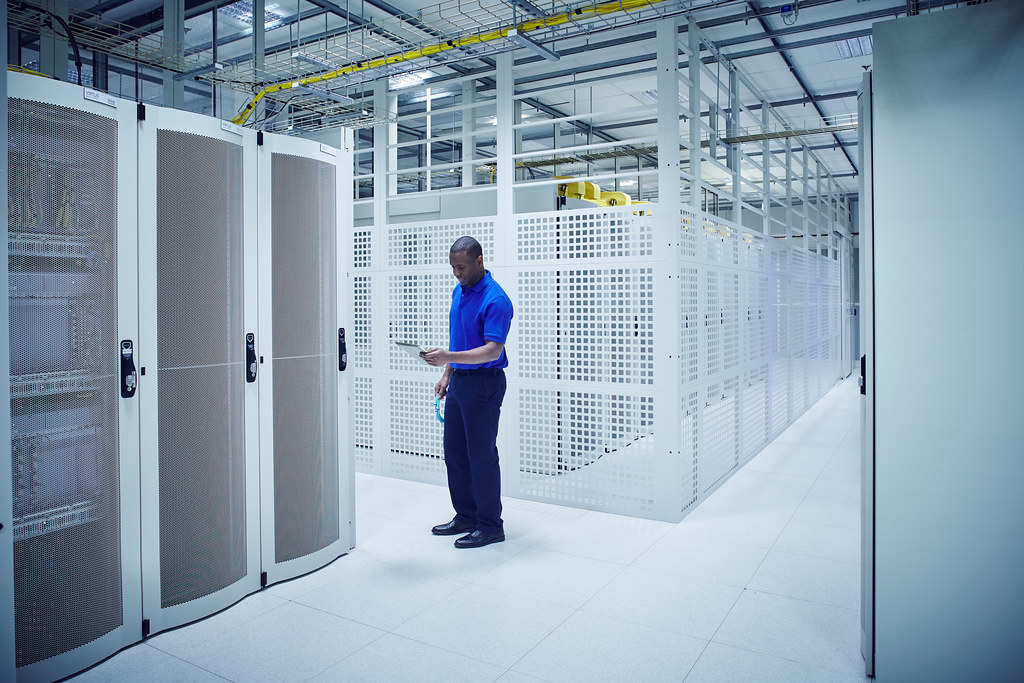 Data centers, in particular, are a growing force in the international tech sector. These facilities have the infrastructure to power a network of computing and storage resources that are used by nearly every business sector.

From emails, file sharing, databases, machine learning, and more, these facilities are equipped with the network technology to power colossal volumes of digital processing.

As we as society have grown to become more intertwined with technology in our day-to-day lives, it has never been clearer that these facilities are critical to our modern livelihood in this new digital age.

That is why it is critically important, in other words “mission critical”, for facilities like these to maintain uptime and mitigate any and all risks of unplanned downtime.

Many of these sites are using bulk diesel fuel to power the generators that provide backup power to these mission critical facilities.

With power loss being the named cause for 33% of reported data center downtime in 2018, facilities like these had to be sure that backup power systems will not fail in the event of an unplanned outage.

Algae-X, now operating as AXI International, was able to work with and consult on large projects to develop and offer product lines that were optimized for use in mission critical facilities.

Back to Our Roots: Algae-X

In April of 2019, AXI International made the decision to bring a new focus on marine fuel management and revitalized the Algae-X name to target the marine market. 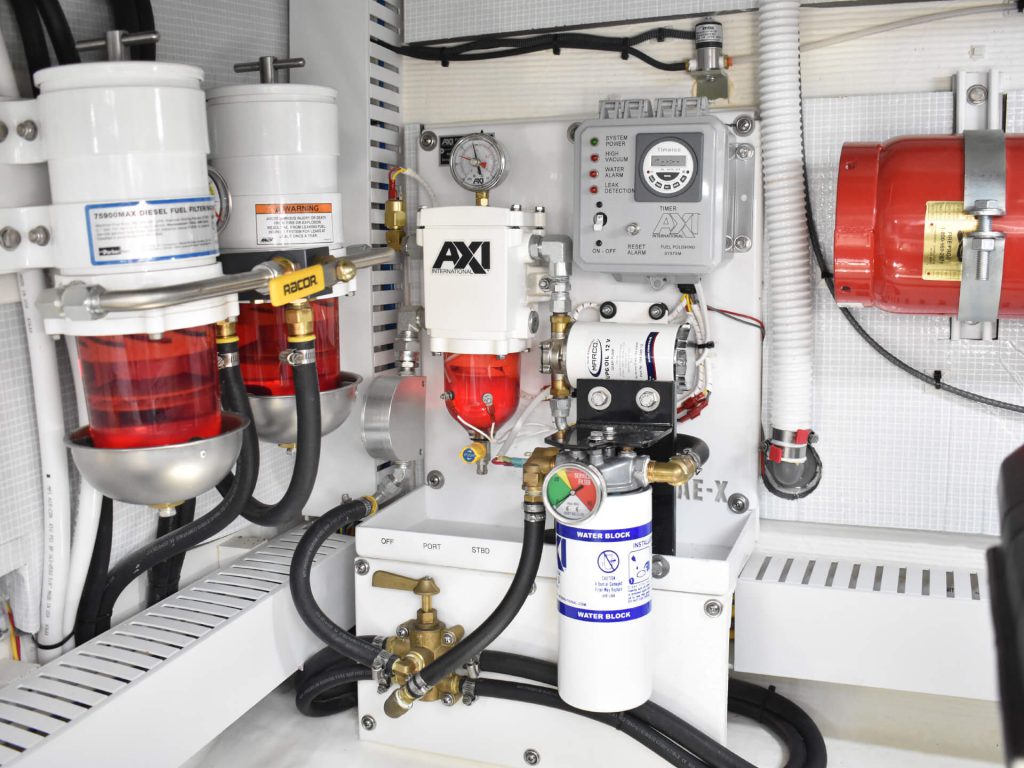 As market research was developed, it was determined that many marine fuel management practices were still stuck in the old ways of approaching fuel contamination.

With microbial growth still being considered “algae” or “the diesel bug” by many in the marine world, we understand there is still much education around fuel contamination that needs to be had.

As these conversations take place, Algae-X hopes to bring customers up-to-speed on just what is happening to the fuel as it degrades, and how our systems work to mitigate this.

By leveraging decades of research and development, Algae-X is now able to provide improved technologies, equipment, and products that aim to improve fuel quality and overall energy source reliability for marine users.

As more marine users begin to treat their fuel as the asset it is, more marine professionals and consumers will understand the importance of maintaining the energy source that they rely on to power their vessel.

Algae-X provides solutions for marine vessels for all kinds, offering a vast product line with various system specifications so they can be catered to meet any specific needs.