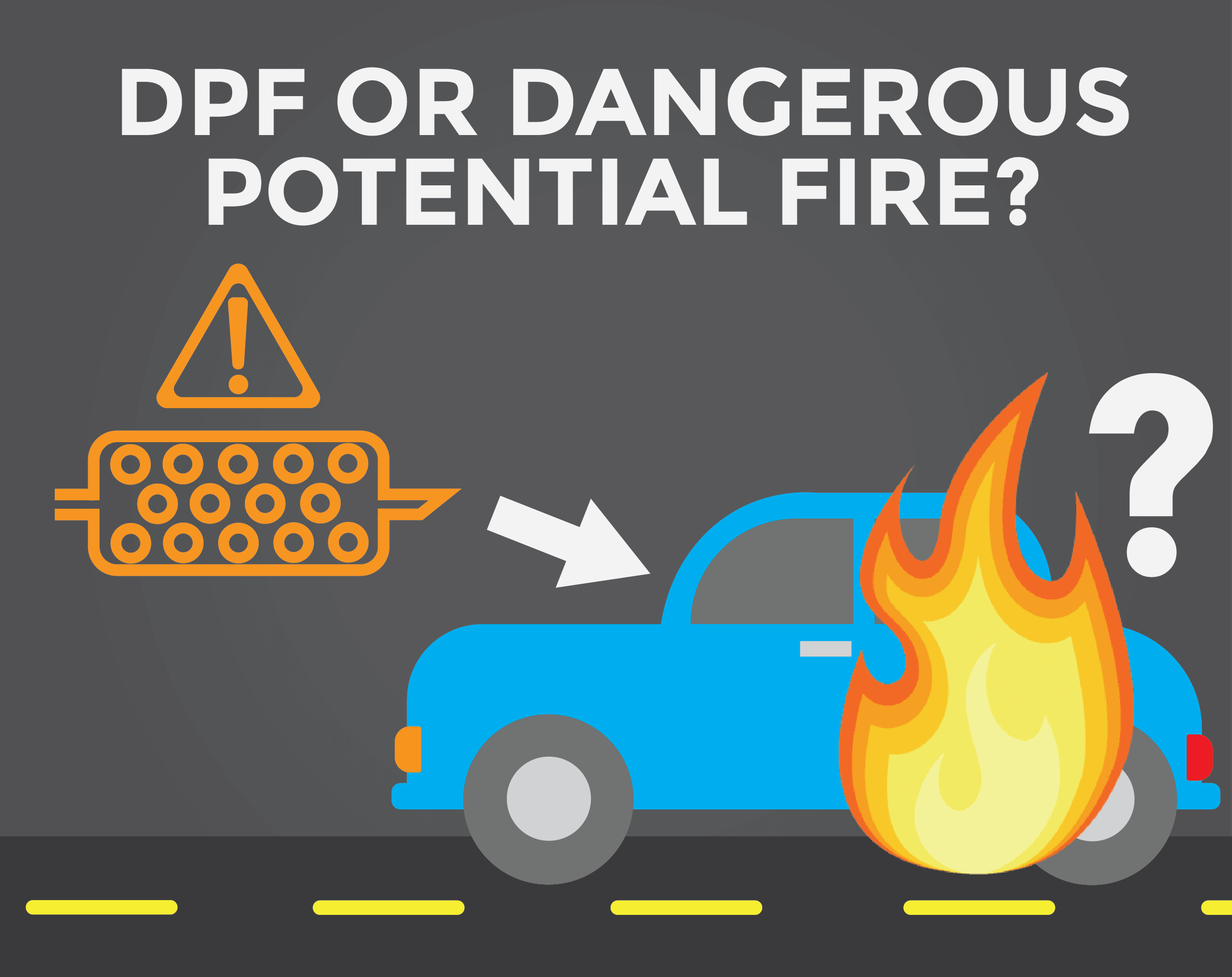 As the global market continues to push for reductions in harmful emissions, Diesel Particulate Filters (DPF) have grown to be an important product in fighting pollution from diesel-powered vehicles.

But without adequate long-term testing on the feasibility of DPF systems and associated maintenance/repair costs, are DPFs becoming a pain point that outweighs its potential benefits for consumers who rely on their vehicles for work or pleasure?

There is plenty of information and research to back up the fact that DPFs reduce harmful vehicle emissions, but there is little research conducted to quantify the financial impact DPFs have on the general consumer market.

To understand diesel particulate filters and their potential pitfalls, first one must understand just how these systems grew to have such widespread use.

Emissions Regulations in the US & EU

Starting in 1993, Euro 1 regulations set emissions limits for new vehicles in the EU. From 1997 to 2015, Euro 2-6 regulations were incrementally introduced to further reduce the emissions of both diesel and petrol vehicles.

With the December 2000 adoption of EPA rule-making in the United States, strict standards were established that aimed at reducing harmful emissions from new heavy-duty trucks and buses, and the stateside automotive industry would forever be changed.

This change would begin with the 2007 model year, requiring 100 percent of on-road diesel vehicles to use a DPF to reduce exhaust emissions.

Aiming to reduce the particulate matter, NOx, and other harmful emissions of the automotive exhaust systems, manufacturers were required to develop and implement a change in the exhaust management systems of their vehicles.

Because of the known health concerns that come with automotive pollutants, the EU & EPA’s rulemaking regulated the particulate matter (PM) and NOx emissions in on-road vehicles, with the purpose of reducing the impact exhaust emissions has on human health.

Diesel particulate filter (DPF) systems have been around for decades. With the EPA working alongside diesel engine manufacturers, these bodies were able to focus on reducing NOx and PM in exhaust emissions through using these DPF systems.

DPFs work to reduce exhaust emissions through capturing exhaust particulates in the filter within the canister. DPFs are typically installed close to the engine side of the exhaust system. By capturing particulates, these filters are able to keep a majority of harmful emissions from ever entering the air.

Over time, these filters do need to be cleaned of the captured particulate matter (PM). This is when the DPF system enters regeneration mode, also known as “regen”.

The computer is made aware that regeneration is necessary, and the engine is able to heat up the DPF to burn off the PM, cleaning the filter. There are two different types of regeneration, passive and active.

Passive regeneration occurs when an engine operates at significant speed, passing heat into the exhaust system. This hot exhaust is able to heat up the DPF, burning off the trapped PM in the filter.

Active regeneration is activated by a PCM command that increases the amount of fuel, allowing the DPF to experience higher exhaust temperatures. This PCM command usually comes from an input that senses the excess back pressure in the DPF from filter blockage, letting the PCM know that a PM burn-off is needed. As the DPF experiences this temperature increase, PM is oxidized from the filter. During this regeneration, the DPF temperature is raised to roughly 1,000° F.

Other types of DPF regenerations can be activated through programmed mileage counters (i.e. every 500 miles). Regeneration can also be deactivated should the vehicle operator be in a situation where a prolonged high temperature regeneration could be potentially dangerous.

The Potential for DPF Failures

DPF systems have come under fire by a group of California trucking companies after filing a lawsuit against the California Air Resources Board.

The truckers claim that the so-called pollution preventer is causing dangerous truck fires.

Approximately one million trucks in the state of California have a DPF, and one of those trucks belonged to Keith Daniels. In 2016, Keith Daniels watched his 2009 Peterbilt truck burn to the frame in only eight minutes.

Moments before it erupted into flames, Daniels pulled into a truck stop to use the restroom.

Walking back, he looked up to his beloved truck in flames.

His suspicions are that the truck fire started during the DPF regeneration process.

He was stunned from the incident, reflecting on the close call and how he could have easily been in the cab sleeping when this fire started.

This is not the first recorded incident with suspected DPF origins.

A major DPF manufacturer closed its doors after numerous fires and recalls stemming from their DPF systems. With a reported price tag of $20,000 for the DPF to be installed, it is an astonishing price to pay for a system that proved to be unreliable and unpredictable.

There have been numerous reports of DPF regeneration being the possible catalyst for engine fires, and there has even been a DPF fire responsible for burning down more than 5,000 acres.

Beyond the suspected risk for fires, DPFs also have other failure points that should be addressed.

A common issue with DPF systems is the deactivating of cleaning cycles because of untimely regenerations leading to the build-up of soot and particulate which can clog the filter. This can disable a vehicle, and leave operators stranded.

The exhaust restrictions that come with the DPF filters increase back pressure and can cause engine strains which can harm the integrity of the engine over extended periods of time.

When DPFs are blocked, there are many symptoms that can be felt by an equipment operator. These symptoms include vehicles being stuck in “limp” mode, premature engine & turbo failure, reduced engine power, continuous regeneration failure, strong diesel failure, excessive exhaust smoke, loss of power, and reduced fuel economy.

As a DPF forms blockage over time, there is an increased likelihood of the DPF system becoming clogged if required regeneration cycles are not met.

Once the DPF becomes clogged to the point where DPF will not activate and maintenance will not be effective, it must be replaced and can become a costly expense.

DPF systems are a post-combustion filter element used to prevent diesel exhaust particulate and soot from emitting from the vehicle. From the exhaust inlet, these DPF systems flow exhaust through oxidizing catalysts to control harmful emissions.

These diesel oxidation catalysts (DOCs) are a honeycomb filter that oxidizes carbon monoxide. The hot exhaust gas makes contact with the DOC and converts harmful pollutants into carbon dioxide and water. The filter’s “honeycomb” flows exhaust gases through channels to pass through the filter media, capturing the particulates in the process.

These filter channels have various cell plugs which redirect exhaust flow to continue through an optimized exhaust filtration path.

During regeneration, the metal casing that encloses the DPF elements expands and contracts with the heating and cooling within the unit. Over time, this continuous cycle has the potential to crack or rupture the casing which results in DPF failure and likely requires replacement.

The costs associated with DPFs is something that has grown to be a big concern to users who have them equipped. There have been many reports of consumers who have been alerted to required DPF servicing just weeks after the last service.

This is a far cry away from the suggested 150,000 – 200,000 miles between DPF service intervals that many OEMs recommend.

DPFs have been proven to prevent up to 95% of the harmful soot and pollution produced by diesel engines from being released into the atmosphere.

Preventing pollution is a positive thing, since the pollution from diesel exhaust has been shown to cause lung cancer, asthma, premature death, and other health problems.

In conclusion, the effectiveness of DPF systems can’t be ignored, however the issues that come along with using them begs the question: Are the consumer-facing issues worth the emissions benefit?

As determined by the United Nations Economic Commission for Europe, “fuel quality is key to deliver on sustained low emissions from cars, as both cleaner fuels and advanced emission control systems are needed to deliver on cleaner tailpipe emissions.”

Through decades of study on emissions, the UN determined that the quality of the fuel being used is critical for the automobiles and engines to perform both reliably and properly. This includes the emissions control systems that were engineered by auto manufacturers to combat harmful exhaust emissions.

In turn, many developed countries around the globe mandated the reduction of sulfur levels in gasoline and diesel fuel. This led to the development of ULSD to reduce harmful exhaust emissions, to improve the quality of the air, and improve both human and environmental health.

With sulfur being known to impair the effectiveness of emission control systems, a majority of countries took this big step towards using low sulfur fuel to improve air quality around the world.

The International Maritime Organization is following suit in reducing sulfur emissions in the international marine shipping industry with the introduction of IMO 2020 regulations.

Emissions devices such as DPF systems do possess one critical flaw.

These systems are designed to combat emissions through post-combustion measures, meaning that the harmful pollutants are still being created during the engine’s mechanical operation.

Harmful emissions are simply captured through the DPF element of the exhaust system.

To best reduce harmful emissions, it is important to seek pre-combustion measures to combat the reactions that produce these harmful pollutants.

This includes the use of high quality fuel, and maintaining stored fuel for optimized engine operation.

Whether used on their own, or in tandem with systems that utilize a DPF, fuel additives act as a catalyst that optimizes the combustion of the fuel.

In doing so, pollutants are minimized during engine combustion and harmful emissions are reduced.

This is achieved through reducing the amount of unburned fuel that is able to pass through the engine and out the exhaust, providing for a higher-efficiency engine and reduced exhaust emissions.

AFC Fuel Additives has an extended history of reducing exhaust emissions through its use.

Through numerous case studies conducted over its 30+ year history, the use of AFC fuel additive has been linked to increases in fuel efficiency as well as reductions in exhaust emissions such as sulfur oxides (SOx), carbon monoxide (CO), hydrocarbons, smoke/particulate matter, and nitrogen oxides (NOx).