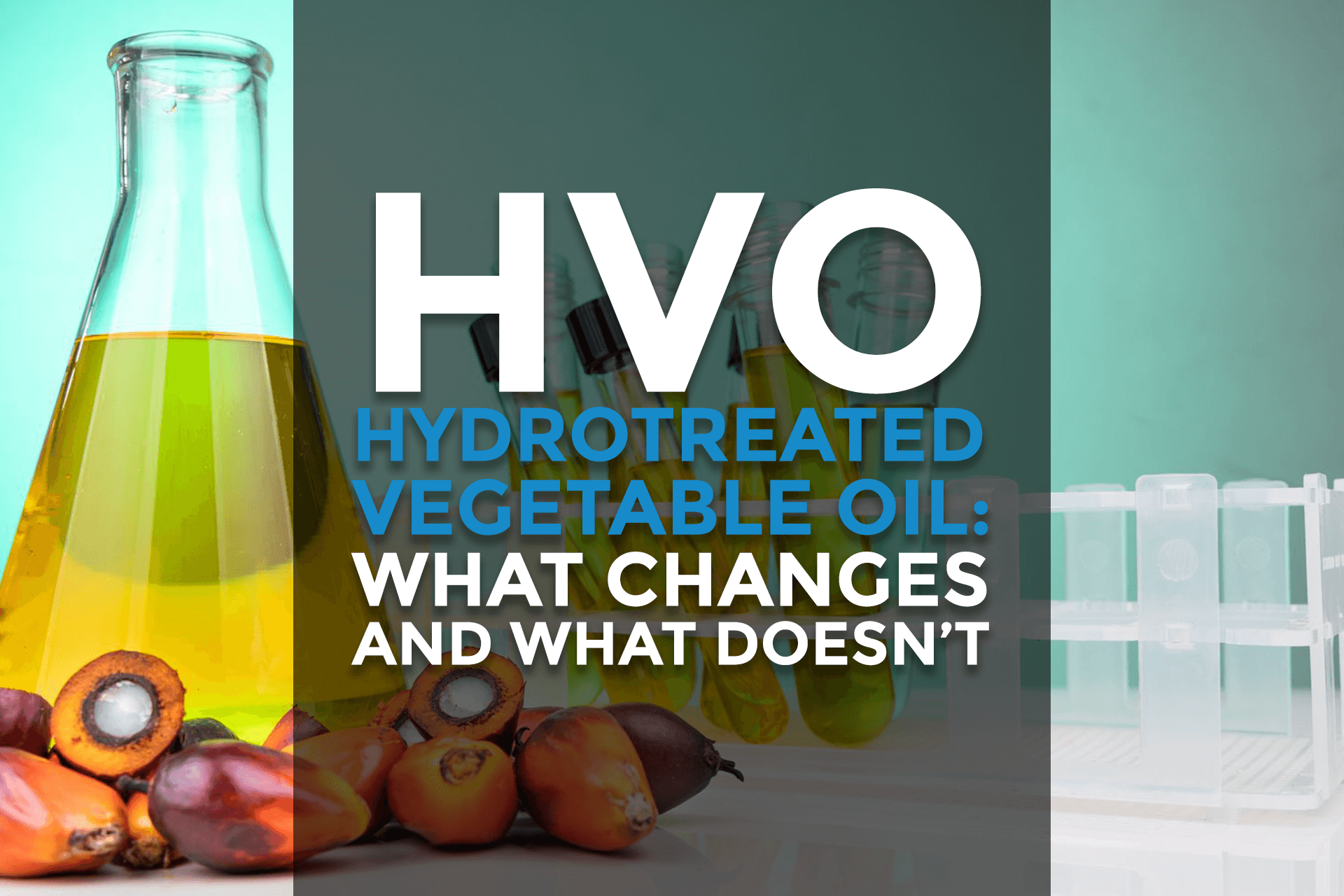 As the world pushes closer towards carbon-neutral, net zero, and sustainable energy solutions, numerous new energy sources are being tested to see if they can meet the same demands that fossil fuels have proven they can uphold.

A 2019 study by the International Energy Agency projected the HVO industry to grow considerably by 2024, from producing over 1.4 billion gallons of HVO in 2018 to over 34 billion gallons in 2024.

What is HVO Fuel?

Hydrotreated vegetable oil, known as HVO, is a renewable diesel alternative that is made by reacting vegetable oils (such as sunflower, soybean or palm oils) or animal fats with hydrogen at high temperature and pressure. HVO is a parafinic bio-based liquid fuel created through hydrogenation or hydrocracking that is made through waste materials that are rich in triglycerides like cooking oil and animal fat. 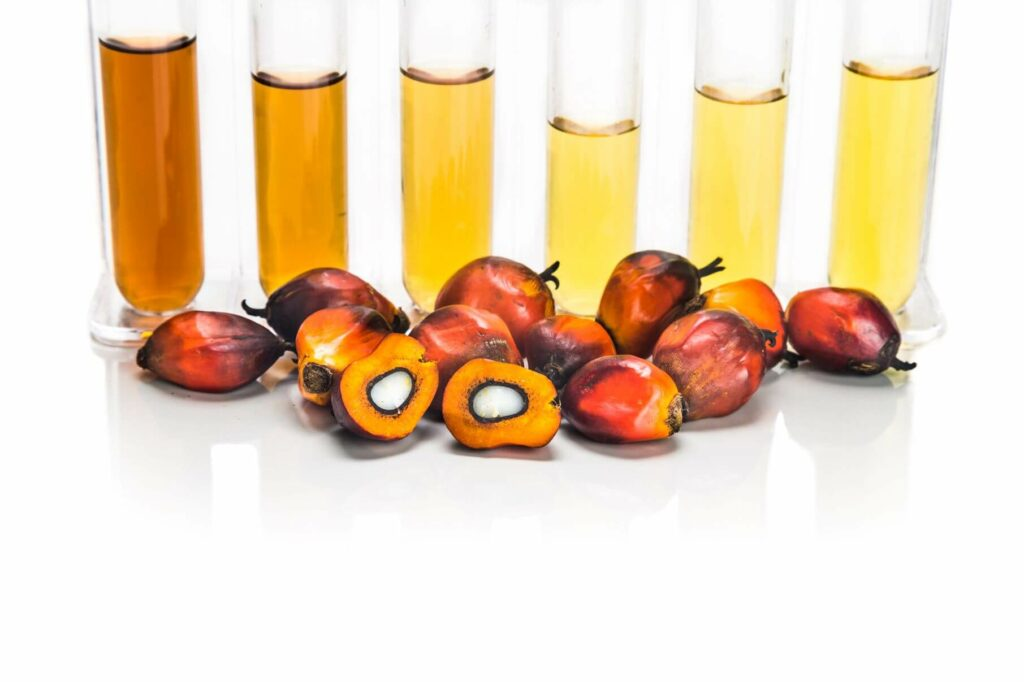 Much of the literature available on HVO compares this fuel in relation to other biodiesels, but these comparisons do not give much insight on how HVO performs in comparison to the much more widely-used #2 diesel. According to the data, HVO carries a lot of positive qualities that make it much more attractive to use in comparison to biodiesel.

What the available literature often fails to recognize is that HVO fuel is not able to eliminate many of the contamination problems that exist with the use and storage of #2 diesel fuel. Switching to HVO does not simply eliminate the problems that come with managing the equivalent fossil fuels.

Currently, biodiesels such as HVO are most commonly used in Europe, with biodiesels making up for nearly 80% of total European biofuel consumption.

Officially certified by the International Sustainability and Carbon Certification, HVO is recognized as a sustainable fuel that offers greenhouse gas reductions and is also non-toxic and non-carcinogenic. 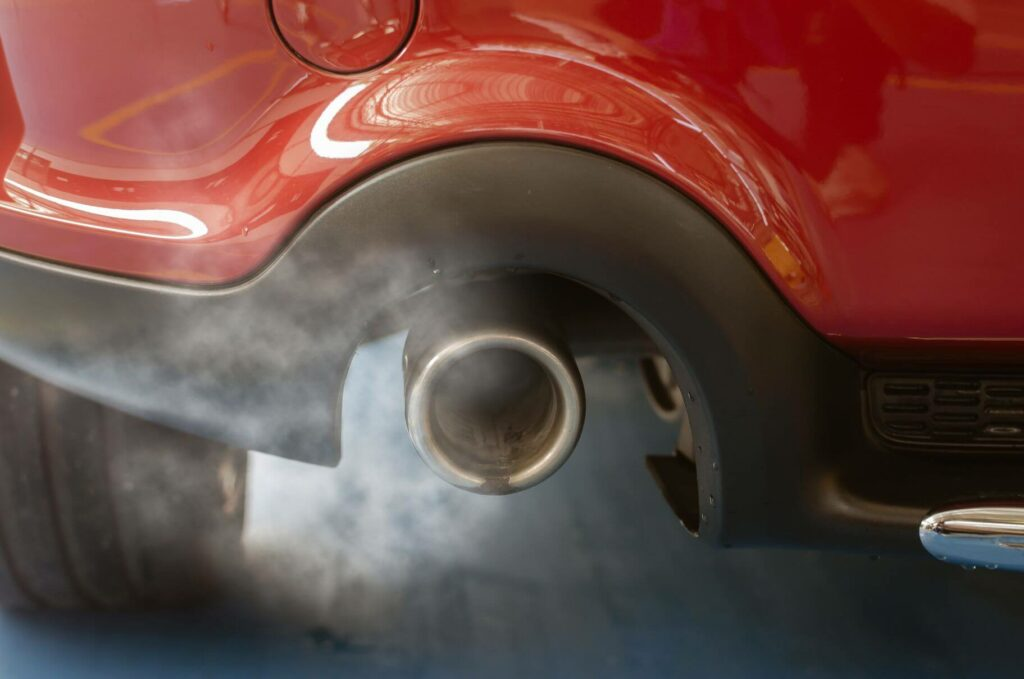 HVO can be used with conventional diesel engines, and is seen as a substitute for petrodiesels. HVO is different from biodiesel because it is not created through the esterification process.

Depending on the feedstock being used in HVO production, CO2 emission reductions of up to 90% can be realized. With optimized fuel injection, NOx emissions of up to 18% can be seen, while also realizing fuel consumption savings of 4.3%.

HVO contains few impurities, thus it burns very cleanly. It does not contain FAME, or fatty acid methyl esters. It has a naturally high cetane number, which means it is easy to ignite and combustion is thorough– reducing smoke and particulate matter emissions. 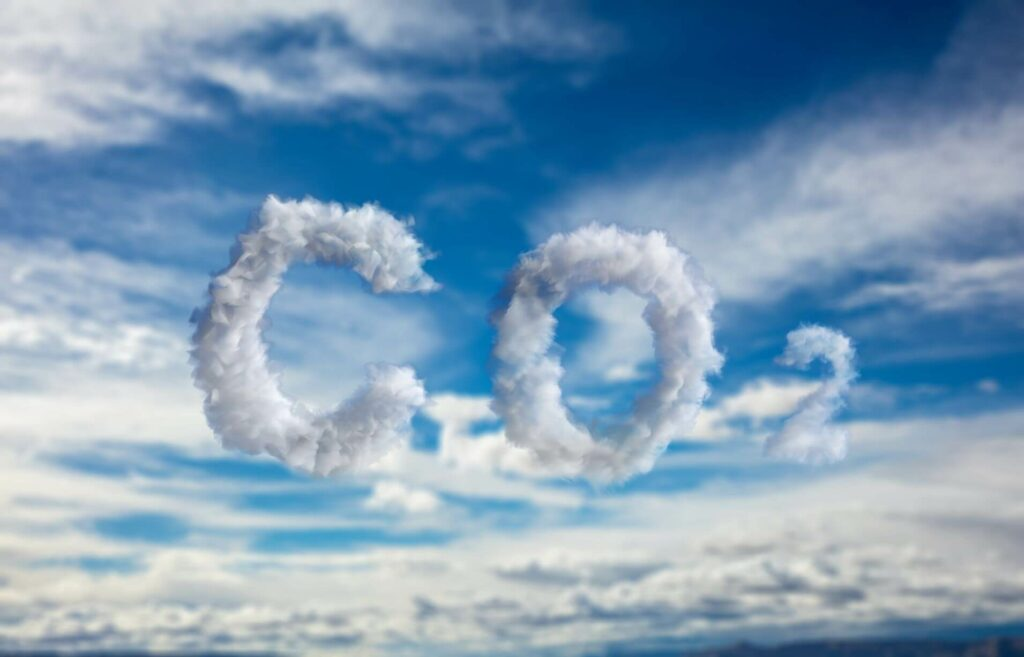 Because HVO has a higher cetane number than diesel, while also possessing a lower density, its combustion results in a significant reduction in particulate matter emissions.

Unlike other alternative fuels, HVO is ready to be used in modern diesel equipment without any re-engineering of mechanical components. HVO also carries a much longer shelf life compared to regular #2 diesel, where with proper storage and fuel maintenance HVO can last up to ten years in storage.

HVO Fuel Being Used Around the World

Because of the numerous benefits, a handful of multinational companies have made efforts to bring the emissions benefits of HVO to the foreground.

In February of 2022, Audi, the German automotive manufacturer, announced that its lineup of V6 diesel engines in Europe have been approved to run on HVO fuel. Audi also announced that more of its model lineup would become HVO-ready through 2022. 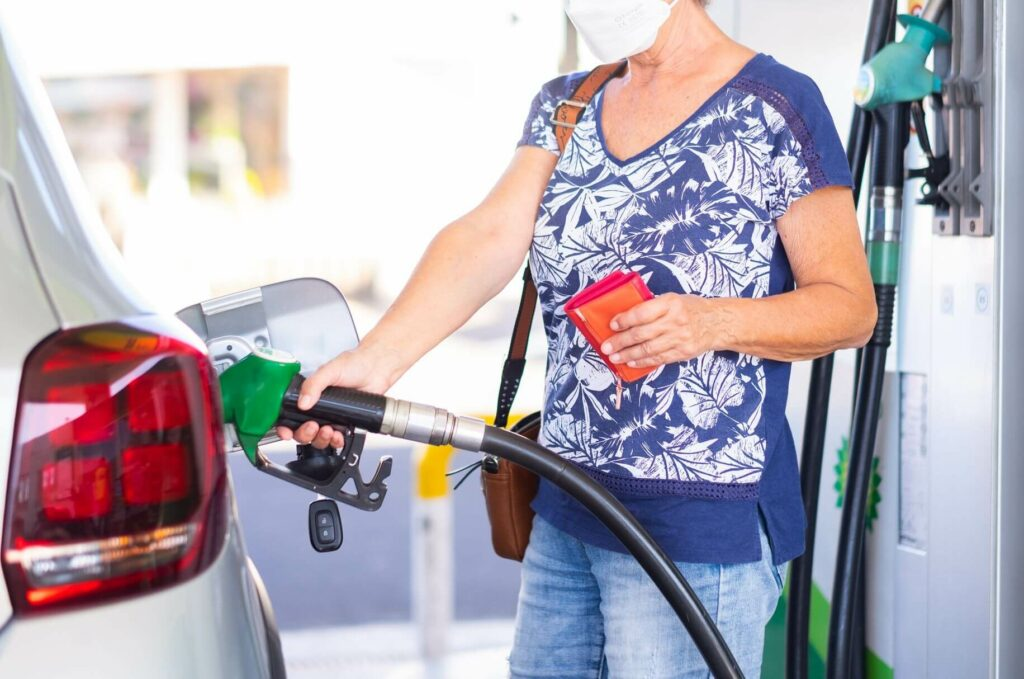 International engineering and construction company, Laing O’Rourke, who is known for completing major projects such as Atlantis in Dubai, switched all plant equipment from diesel to HVO in January of 2022.

This decision was made after 6 months of testing by consultants, and resulted in equipment such as excavators, piling rigs, cranes, dump trucks, and more switching to operating on this fuel as a sustainability effort.

In 2021, oil supplier Mitchell & Webber trialed HVO as an energy source for home heating in the UK and touted the project as a "huge and much-needed step in the right direction for lowering carbon emissions across the country."

However, major companies promoting the use of HVO isn’t just a recent trend. In 2016, Volvo Penta approved the use of HVO with all of its off-road diesel engines.

One of the biggest issues with adopting HVO at scale is availability. Current HVO supply is extremely limited, and there isn’t enough land being farmed for HVO specifically to meet the global demands should industries around the world demand a switch to this fuel.

HVO is considered a second-generation biofuel, meaning that the fuel is manufactured with the waste of crops rather than having to use the crop itself. The problem with HVO is that crop waste just wouldn't be enough to meet the energy demands of the entire world.

If more farmland is being used just for producing HVO, it will certainly have negative impacts on the food supply chain. 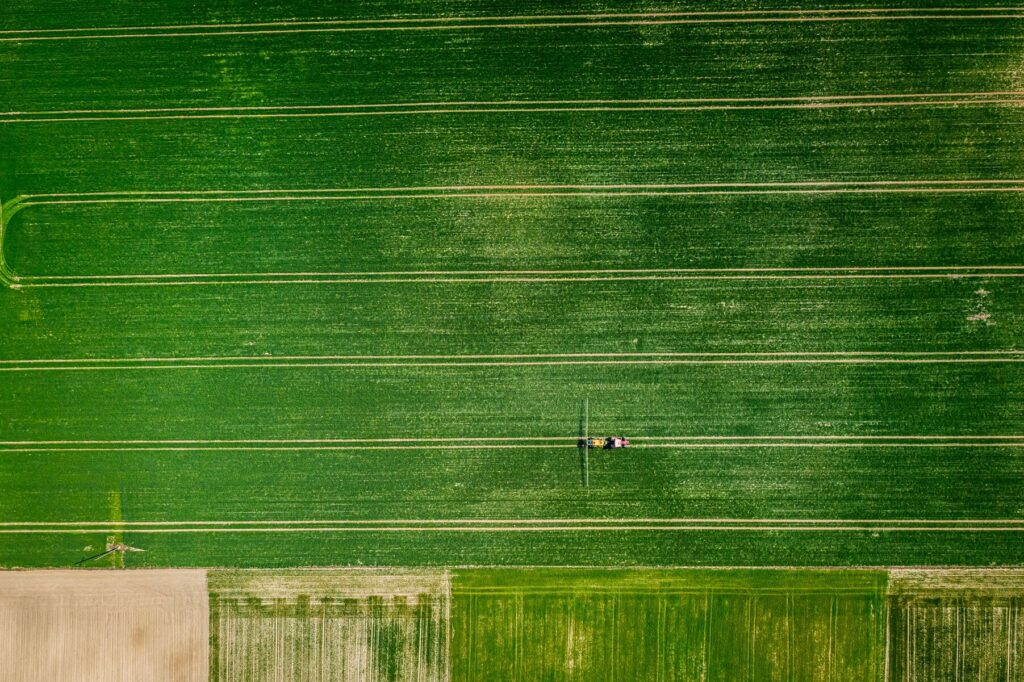 The other leading issue with HVO is an issue of contamination and fuel integrity.

Although HVO doesn’t absorb water itself, stored HVO is still susceptible to the same microbial and water issues as seen in stored #2 diesel.

Fuel storage tank condensation will still result in free water being introduced into the fuel tank, however it does not become emulsified with the HVO fuel. Instead, the free water that is in the tank will phase separate and form a layer of water that rests beneath the fuel.

As outlined in the Neste Renewable Diesel handbook, HVO fuel carries a risk of microbial growth that is similar to that of fossil diesel fuel.

Neste recommends that “good maintenance, cleaning and dewatering of containers and tanks regularly is essential to avoid contaminations” and suggests that “microbial growth may cause issues with long storage periods”.

If free water is not removed from the tank, microbial growth will proliferate in the same ways it does as in fossil diesel fuel. 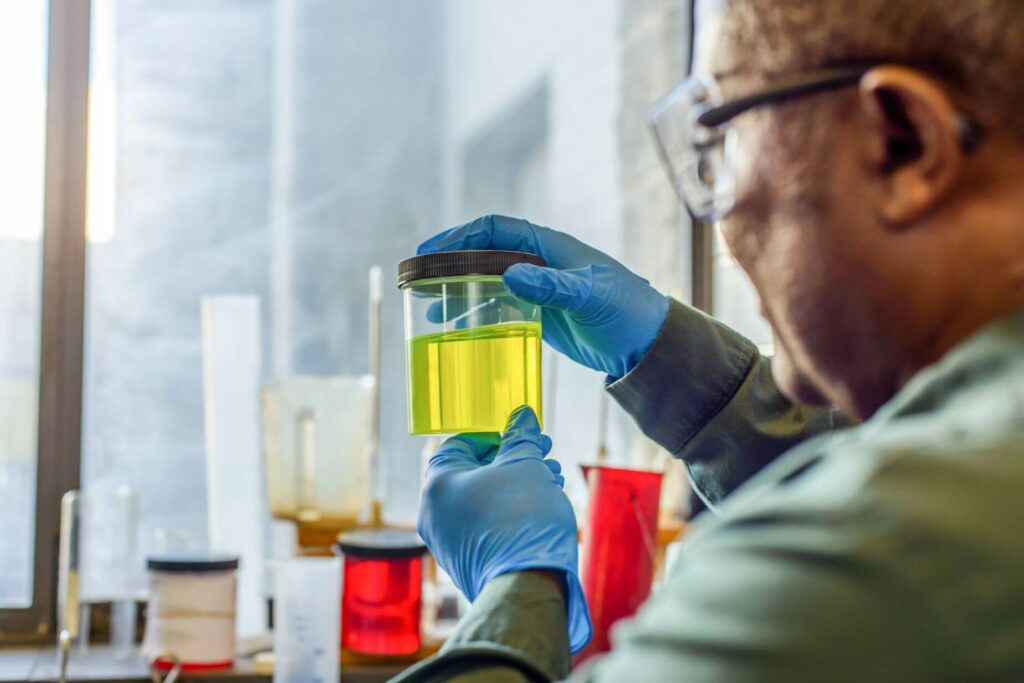 Because of this, it remains equally important to implement fuel maintenance and polishing equipment into your fuel management routine  to mitigate the risks that come with storing fuel.

As the global economy moves towards sustainable energy solutions, it can be anticipated that fuels such as HVO may inevitably become the international energy standard.

But to achieve this, there are big logistical roadblocks that need to be remedied before these specialized fuels are prepared to meet the energy demands of the masses.

Is HVO just another energy trend that will fade as innovation introduces more practical solutions or will HVO be around for the long haul as a renewable energy source? At this time, it's hard to say.

Regardless of which sustainable energy source the world pivots to, there will always be questions around fuel management and big hurdles that come with preparing these biofuels for mass adoption.